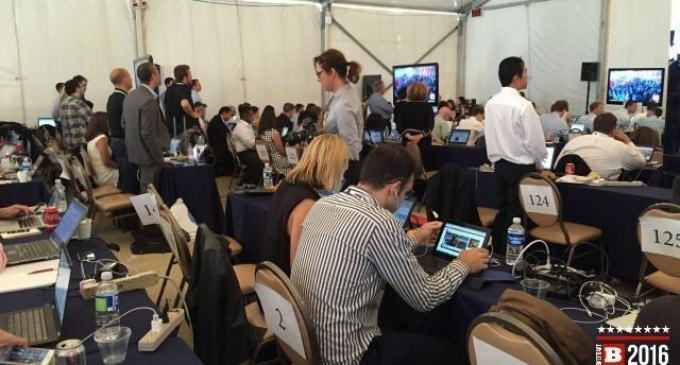 “It's a journalist's job to remain neutral.”  During the National Anthem?  What are you Swedish?  Come on!

While the National Anthem played at the beginning of the GOP presidential primary debate, most reporters did not stand to honor the flag.

I suppose it is their First Amendment right to not stand, as well as it is to report on what they have heard and thought about the debate.  But seriously, the video on page 2, as reporters flagrantly ignore the good form in standing for the National Anthem, makes them look like spoiled toddlers.