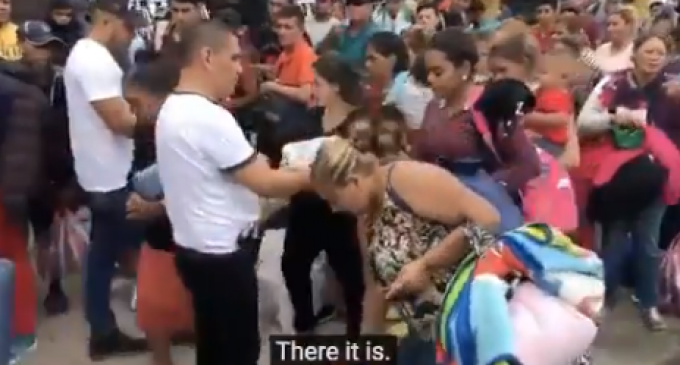 On Wednesday morning, Matt Gaetz (R-FL1) tweeted a video of men handing out money to people and claimed that they were part of the migrant caravan traveling through Central America to the United States. Gaetz floated the idea that a U.S. NGO or George Soros was behind the payments.

We can save you the trouble, Congressman: Neither Mr. Soros nor Open Society are funding this effort. We do support the historic U.S. commitment to welcoming people fleeing oppression and violence in their homelands. Maybe you could investigate why they feel the need to flee.

The Left labeled the idea a ‘wild conspiracy theory'. But Gaetz's theory doesn't seem far fetched at all considering that George Soros himself claimed participation in migrant crisis, saying that “Our plan treats the protection of refugees as the objective and national borders as the obstacle.”

See the video and tweet for yourself on the next page: