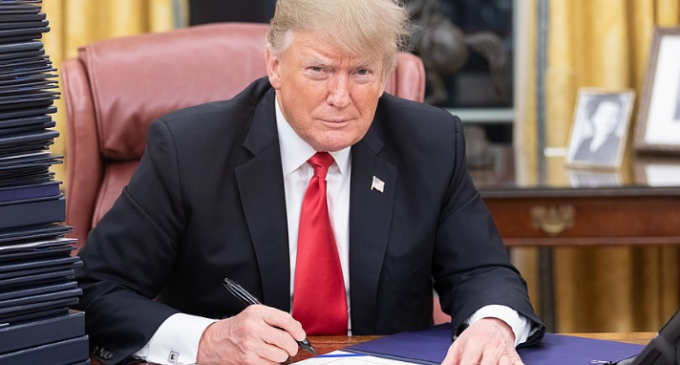 According to multiple senior administration officials, President Trump will invoke the Insurrection Act to remove illegal aliens from the country.

During a presidential debate in 2015, President Trump cited how Dwight Eisenhower successfully dealt with illegals.

Let me just tell you about Dwight Eisenhower—a good president, great president, Trump said after a back-and-forth with Ohio Gov. John Kasich where Kasich argued for mass amnesty for all the illegal aliens in America.

President Eisenhower managed to deport a million illegals in a year's time.

Not only that, he did it with only 750 deportation agents, in an operation with a name we would never use today: Operation Wetback.

The entire operation cost just over a billion dollars, revealing that such an operation wouldn't cost what Democrats claim. With today's technology of cell phones and the Internet, anyone seeking to elude officials could do so with greater success compared to the days of Eisenhower, certainly adding to the cost. However, deportation supporters would be quick to point out the one-time cost of deportation would be a drop in the bucket compared to the ongoing expense of law enforcement, social services, loss of jobs, etc.

Will President Trump use the Insurrection Act to remove illegals? While commenting on the use of the Act, one White House spokesman said the President has ‘lots of tools at his disposal'. Turn the page.