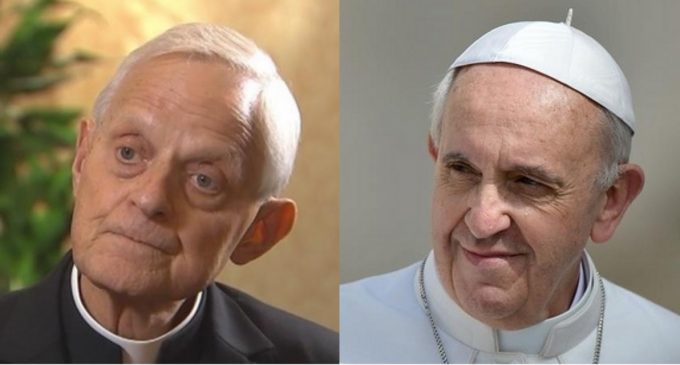 An August 14 report by a grand jury in Pennsylvania revealed internal documents from six Catholic dioceses in Pennsylvania showing that more than 300 “predator priests” were credibly accused of sexually abusing more than 1,000 children since 1947. In the report, Cardinal Donald Wuerl is accused of allowing abusive priests back into the ministry.

In the wake of the grand jury report, Cardinal Wuerl was accused by a former Vatican diplomat of knowing about the sexual misconduct of Theodore E. McCarrick. McCarrick is the former Archbishop of Washington, DC who was removed from active ministry in June 2018 after it was revealed that he had sexually abused generations’ worth of junior seminarians and young priests as a priest.

Then, in an 11-page open letter, senior Vatican official Carlo Maria Viganò called on Pope Francis to resign, accusing him and his predecessor, Pope Benedict XVI, of covering up sexual abuse allegations against McCarrick.

As if the entire situation couldn’t get any worse, a report has surfaced revealing that Pope Francis directed Washington DC Cardinal Wuerl to the Vatican in order avoid arrest for his role in the sex abuse scandal.