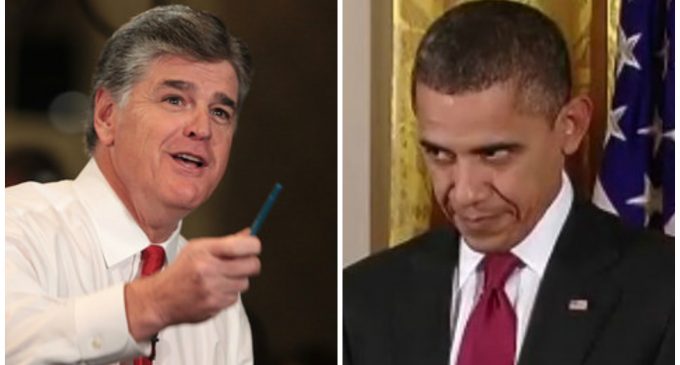 Last month, Donald Trump accused Obama of wiretapping Trump Tower. Now that those accusations have proven true, many are wondering just how many people the Obama administration wrongly surveilled.

If Trump was first on Obama's list, the country's conservative media organizations were surely second. After all, without the likes of Fox News and talk radio, Trump would never have had a chance against Hillary Clinton. The airwaves would have been monopolized by a press whose main goal was to undermine Trump at every opportunity.

Sean Hannity may have been Trump's biggest, highest-profile cheerleader in the press, which would have made him an opportune target for government surveillance. They would have wanted to know if the Fox News host had any inappropriate communications with the candidate during the campaign.

This week, it's being reported that Hannity was, in fact, under such surveillance.