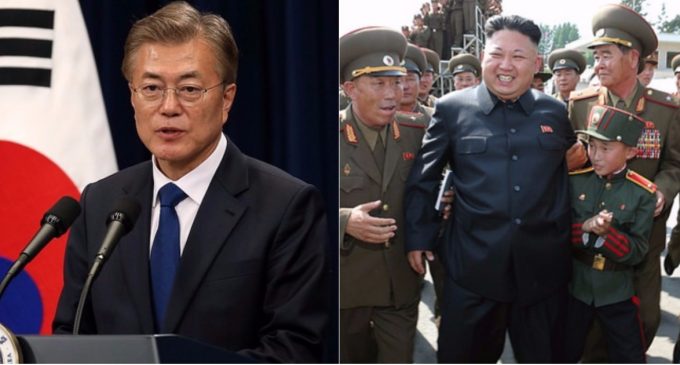 With North Korea, it’s never quite clear what the rogue regime might do next to unsettle things on the Korean peninsula and rattle cages in the West.

During the summer, the Kim Jong-un government has ramped up its quest for nuclear warheads that can be fitted on an intercontinental ballistic missile (ICBM). It’s also focused on achieving nuclear-tipped missile capability for its submarine fleet.

All the while, it’s engaged in a “war of words” with President Donald Trump and the United States.

On the diplomatic front, the U.S. scored a significant victory in getting unanimous approval in the United Nations Security Council to impose more economic sanctions on North Korea. Even Kim’s allies in China and Russia went along with the action.

Nonetheless, the rotund dictator keeps pushing ahead with his belligerence and creating more fears in his southern neighbor. On the next page, learn the tactic Kim has returned to, knowing it worked well in the past.