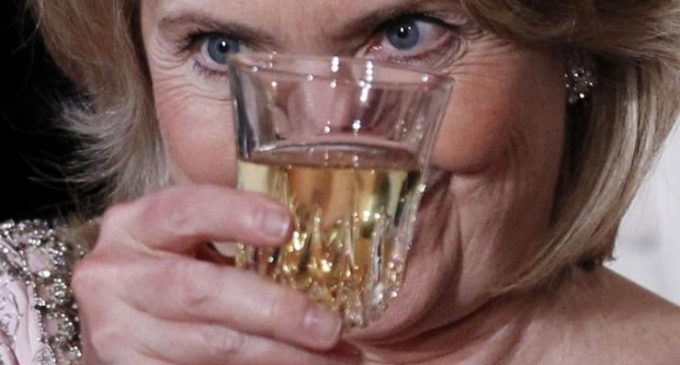 It looks like Hillary Clinton took the news of her failure just about as bad as the millennials who voted for her. However, unlike them, she didn't go out and block freeways, fills social media with angry tweets and memes and cry on live television. No, she reportedly handled herself the old fashioned way, with booze and physical violence. For somebody whose campaign revolved heavily around calling people deplorable, she certainly acted deplorable after she lost.

According to radio host Todd Kincannon, Hillary Clinton became physically violent towards Robby Mook and John Podesta after hearing the news, and she had to be restrained. In fact she became so drunk and enraged that they had to drop sedatives in her drink. This would certainly explain why she wasn't there that night to concede to Donald Trump. Though it does make you wonder when she started drinking. If she was drunk enough to become violent by midnight, what time did she start? And would she have been drunk had she won the election?

Find out how on the next page.