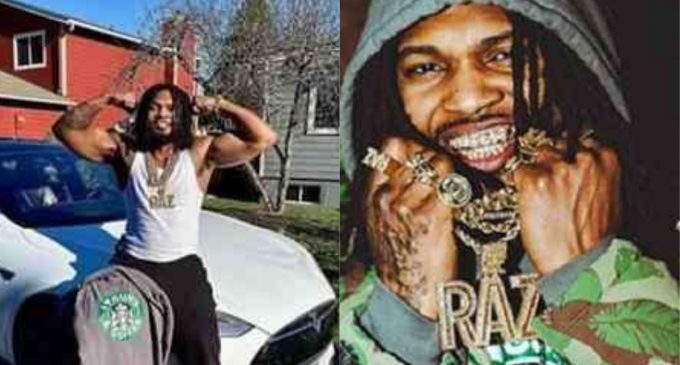 According to an exclusive report by The Gateway Pundit, the rapper and self-proclaimed warlord of CHAZ, Solomon Samuel Simone (aka RAZ from CHAZ or CHOP) owns luxury automobiles, millions in real estate and has a multitude of high powered guns.

TGP calls RAZ a ‘mysterious case' due to his ability to ‘somehow' acquire ‘sweetheart deals' with the city of Seattle and the Islamic government of Dubai in order to attain grants and wealth that has afforded him a luxurious lifestyle while he condemns America and capitalism.

In an interview with CNN last week, Seattle Mayor Jenny Durkan claimed that CHAZ has a “block party atmosphere” and could turn into a “summer of love.” This despite Seattle police chief Carmen telling media that “rapes, robberies, and all sorts of violent acts” are being committed inside the zone. RAZ has reportedly been assaulting people who disobey his authority and has been filmed handing out AR-15s to people who ‘could be minors.'

Move to the next page for details on the above.