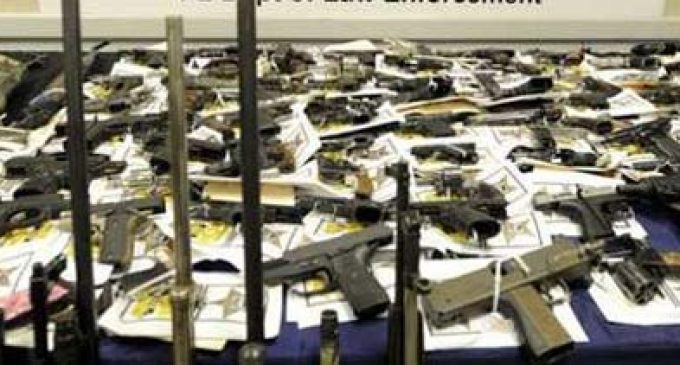 The federal agency supposed to monitor and regulate American citizens’ possession and transportation of firearms, the bureau of Alcohol, Tobacco, and Firearms (ATF) can’t even keep track of its own guns, according to a report published by Milwaukee’s Journal-Sentinel. Based on documents obtained under the Freedom of Information Act, the report shows agents lost dozens of their own firearms, including handguns and assault rifles.

Are these seriously the people who have the authority of the Department of Justice over you and your firearms?

ATF agents have lost track of dozens of government-issued guns, after stashing them under the front seats in their cars, in glove compartments or simply leaving them on top of their vehicles and driving away, according to internal reports from the past five years obtained by the Milwaukee Journal Sentinel.

Agents left their guns behind in bathroom stalls, at a hospital, outside a movie theater and on a plane, according to the records, obtained Tuesday by the news organization under the federal Freedom of Information Act.

In December 2009, two 6-year-old boys spotted an agent’s loaded ATF Smith & Wesson .357 on a storm sewer grate in Bettendorf, Iowa. The agent lived nearby and later said he couldn’t find his gun for days but didn’t bother reporting it — until it hit the local newspaper.

In Los Angeles in 2011, an agent went out to a bar drinking with other agents and friends, reportedly consuming four alcoholic beverages. The next morning he woke up and realized his ATF-issued Glock was gone. It was not found.

All of the agents’ names are blacked out on the reports, which do not say if the agents were disciplined. It is clear that agency rules were not followed in many of the incidents, which show at least 49 guns were lost or stolen nationwide between 2009 and 2013.