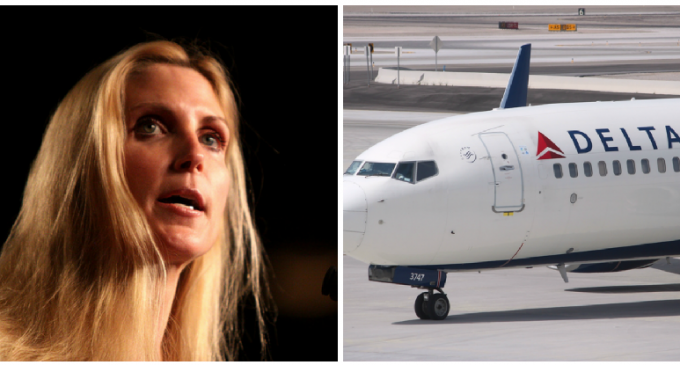 Ann Coulter is not someone you want to mess with. The quick-witted, 6-foot-tall conservative commentator isn't afraid to go on the attack, something a few Delta flight attendants just learned the hard way.

Last week, Coulter was booked in an extra-legroom seat on a Delta Airlines commercial flight. Once onboard, however, she was told that her seat would instead be occupied by a woman Coulter would later describe as “Dachshunned-legged” on Twitter.

That Twitter rant lasted for several days and spanned an absurd number of posts — even ones completely unrelated to the airline. It's safe to say that Coulter was not happy about her experience.

And now it looks as if she was justified in her frustration. According to reports, Coulter wasn't the victim in a booking error. Instead, she was targetted by the officials at the airline.

Read that report on the next page: