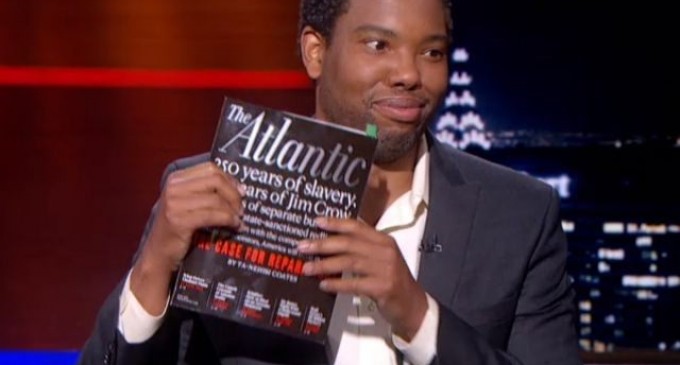 Bernie Sanders' biggest failure as a candidate — other than his blatant socialist, white apologist, and anti-capitalist stances — has been his totally inability to gain any support from the African American community. That changed this week, as he has picked up at least one Black supporter in Ta-Neshisi Coates — but there's a catch.

He may be voting for the “democratic socialist,” but he's got one major sticking point that he can't seem to get past.

Bernie Sanders needs to give him money if he becomes president… because he's black.

Yes, apparently because his ancestors supposedly endured the no-doubt horrific pains of slavery, he, a man with no meaningful connections to the act other than a fleeting knowledge that his family lineage at one point was subject to American slavery, somehow deserves money from the current U.S. government.

What's truly odd is that reparations are somehow the only thing Bernie is not giving away for free. For now, at least.

Read the interview in which Coates makes this announcement on the next page: