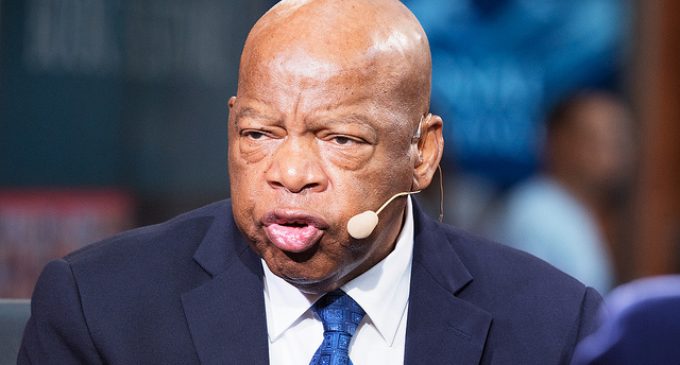 Rep. John Lewis is beyond criticism, according to the press. And good thing he is, because there is plenty of material available to use against him.

We learned that it was apparently inappropriate to attack Lewis after the congressman questioned Trump's legitimacy as president. When Trump hit back, he was criticized for attacking a “civil rights hero.”

To his credit, Lewis is a civil rights icon. Before he was a congressman, he marched alongside Martin Luther King Jr. to desegregate the south.

But not everything in Lewis' past is heroic.

When Lewis announced he would not attend Trump's inauguration, he claimed that he had never boycotted an inauguration during his time in the House of Representatives. This was later revealed to be untrue. In 2001, he boycotted the inauguration of George W. Bush. His reason was eerily familiar: He said Bush wasn't the “true elected president.”

Now, more bad news is incoming for Rep. Lewis. Read about his latest scandal on the next page: