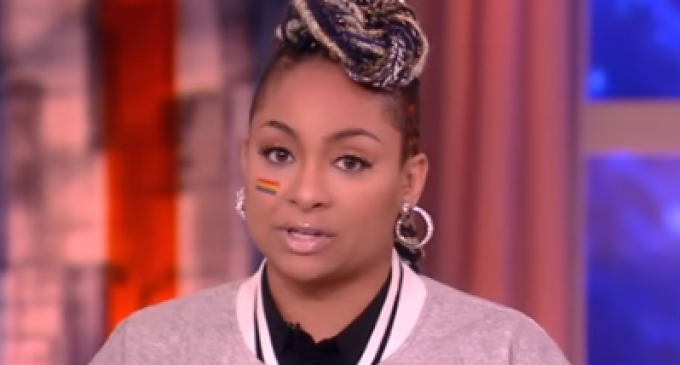 Raven-Symoné, like many in the LGBT entertainment community, is a nut job obsessed with her “gayness” and everything LGBT. That focus overwhelms everything else on earth, including the worst mass shooting murder in American history by a Muslim terrorist.

Yes, murderer Omar Mateen killed 50 patrons at a gay bar. But he scouted out Disneyworld before that, and it is clear that Mateen first and foremost wanted to kill Americans of whatever stripe, yet Raven-Symoné focused on it being a “hate” crime because gays were killed. She is not only out of her mind, she is very short sighted because of what the larger picture is.