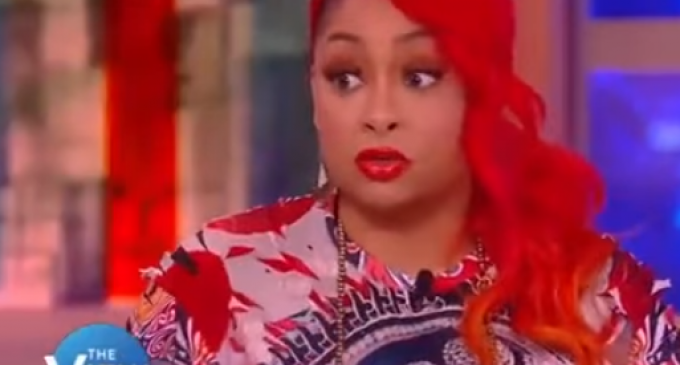 Who the heck is Raven-Symone? And what genius school did she attend? It is sad that these empty-headed “stars” are given such a high platform. Symone, co-host of The View, has spit out yet another zinger that libs who don't have two synapses to rub together will simply accept as truth.

The round table of gals talk about the latest Jimmy Choo styles and up-to-the-minute reports on what selected Hollywood starlets wore on the Jimmy Fallon show. Then they get down to the deep stuff like current events, though it seems they get their most thoughtful insights from People Magazine.

The View used to allow one conservative woman on the show so the rest of the gals could gang up on her, talk over her, and show what an ignorant, mean-spirited, nasty, and worst of all, Republican kind of woman the poor victim was. Pitiful, but it made the shrieking Libs on the show feel really smart and superior.

All they had to do was get their newest talking points from the Democrat party play book and they were good to go. But Symone went out on a limb recently and came up with her own opinion on why Hillary Clinton is seen as a total liar and hypocrite. And she decided it was because of… the Bible!