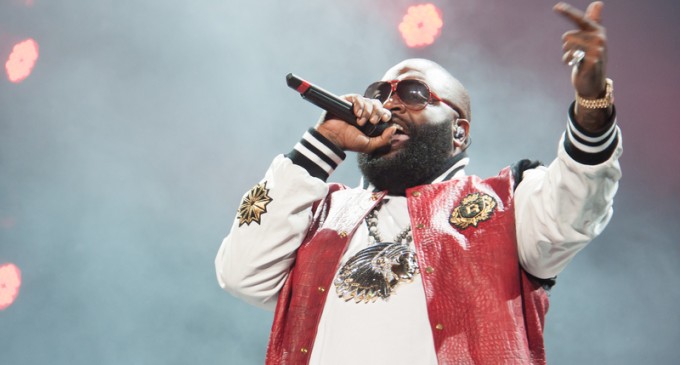 If you can say one thing about the racial liberal agenda, it's that it's experienced no shortage of irony. During the Obama Administration's My Brother's Keeper event, rapper Rick Ross's ankle monitor went off.

While the fact that his ankle monitor went off in front of the president is funny, the real comedy lies in the irony of the situation. President Obama's My Brother's Keeper initiative is a program aimed at keeping young black people out of jail.

Ross doesn't exactly qualify. He was arrested in after allegedly kidnapping and assaulting his groundskeeper. He's worn the ankle monitor since he was released from jail after posting a $2 million bond in July of 2015.

While liberal celebrities continue to support these pointless campaigns started by the Obama Administration and his followers, initiatives like My Brother's Keeper shouldn't even need to exist. There's nothing wrong with wanting to keep young black people out of jail, but the solution is a lot simpler than an expensive program that the tax payers will somehow end up funding.

Read the solution on the next page.