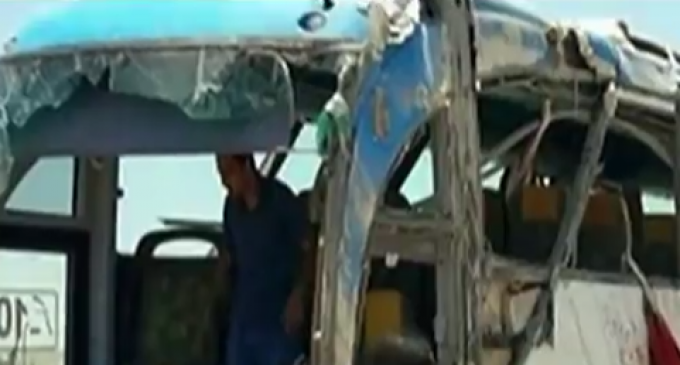 The Masked Muslim militants made all the people on the bus get out. Even the kids were lined-up and asked to denounce they were Christians. These fevered Ramadan attackers were following the verse of the sword; finding the pagans and saying Sharia law or the highway. And what happened next is even more tragic in consideration that the attacker's mission was written out all the way back in 632 A.D.