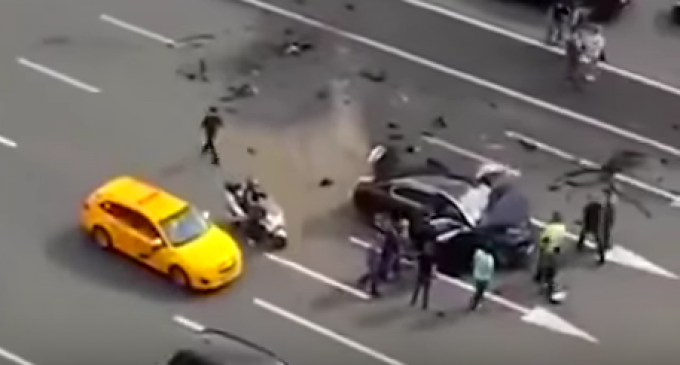 Two years ago Paul Craig Roberts, a former assistant secretary of the Treasury under Reagan and considered the father of “Reaganomics,” put forward a theory that Vladimir Putin has been marked for assassination. Now that's scary thought.

Whatever you think of Mr. Putin, he's not one to let such threats go unanswered. And Roberts is not some fringe character who is just trying to draw attention to himself by making wild statements. Roberts is well connected, not just from his time in government, but also from numerous academic appointments and as an assistant editor of the Wall Street Journal. Roberts doesn't mince words as he identifies Obama as a major threat to world peace.

Now, two years later, one of Mr. Putin's most trusted drivers has been killed in a head-on crash.

Ready to connect the dots?