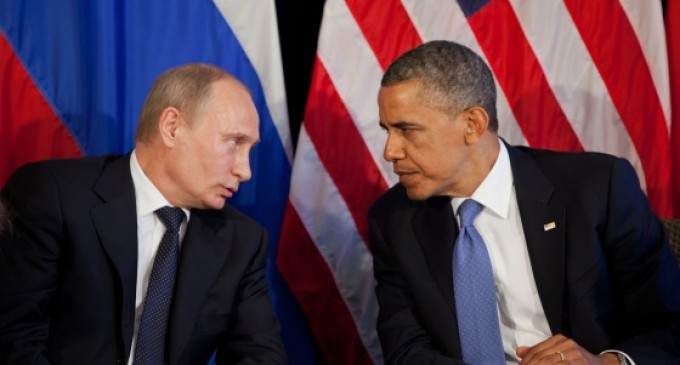 What do Putin and Obama have in common?  Absolutely nothing. Obama says he will draw a line in the sand and Putin steps right over the line, taunting the United States while doing it.

The past 6 years have been a series of one-upmanship between the two men and Putin has ignored every demand and sanction Obama has made.  Right now, Putin is taunting Obama with his most recent chess move. He has told the United States and the allies fighting ISIS in Syria to get out of Syrian airspace or else.

By what authority one may ask?  Find out on page 2.