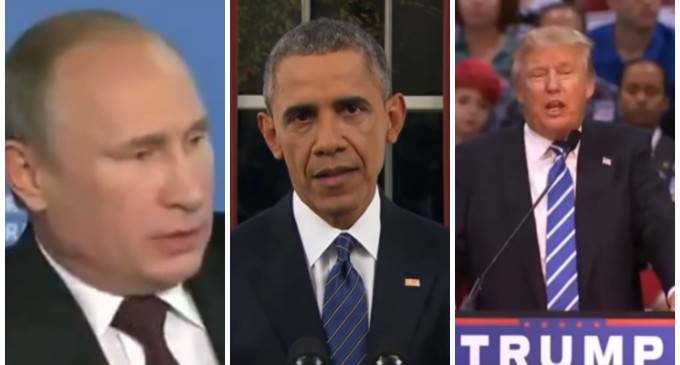 In 2008 America has to listen to a one term Senator blather on about he would “restore America's image” and he would strengthen relations with our allies, etc…

Fast forward to 2015 and America looks weaker than ever while Sarah Palin's predictions about Russia taking over the Ukraine proved true. Jihadists have again attacked us on our own soil. There was retreat and defeat in Iraq and Afghanistan, the French, German and eastern European powers don't think too much of us and our enemies are being armed by our President.

When they don't receive arms directly, they can purchase American vehicles through Turkish auctions and ship them to the front lines.

The only countries President Obama has had any real diplomatic dealings with is with communist Cuba and Iran. That's his amazing “American restoration.”

The rest of the world is unimpressed.

See the next page for Putin's comments on Obama and Trump