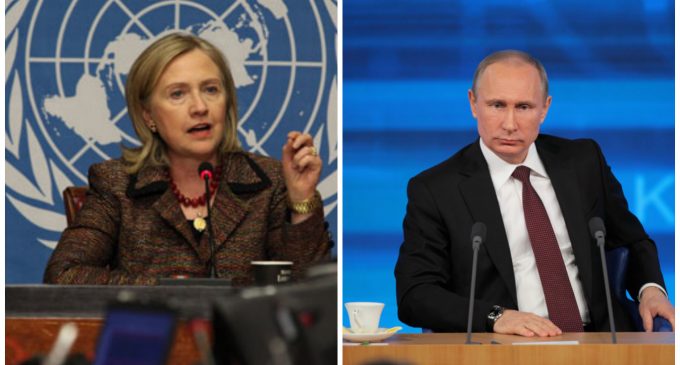 Hillary, with her usual unlimited hubris, has made comments that seem to threaten war with Russia.  She has referred to Mr. Putin as a new Hitler.  We realize the irony of Hillary accusing someone else of having visions of global dominance, but the fact remains that this is one dangerous woman. So indifferent must she be to the lives of millions that she would sacrifice them in her quest for global hegemony.  Not that there might be much of a global population left to have hegemony over after a full-scale nuclear war.

And here those of us hopeful souls who lived through the Cold War and saw its end were silly enough to think that perhaps the specter of nuclear annihilation could be relegated to the past — a monument to human stupidity and something never to be revisited again.  Now along comes Hillary.  Then again, perhaps Obama will beat her to it.