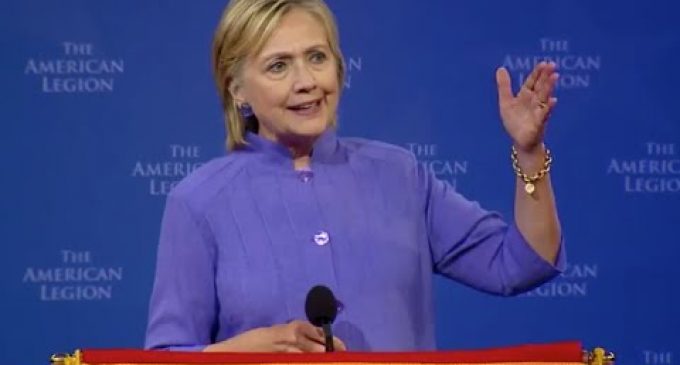 Is it time to bring back the plans for the “family fallout shelters” that those of us who are old enough remember being taught about in grade school?  With the possibility of a Clinton presidency looming on the horizon, maybe so.

Hillary, in a display of her limitless hubris, has been making noises that sound like threats of war against Russia.  And Russia is probably taking note.

As I've mentioned before, our greatest concern isn't that Hillary just wants to become president of the United States. She wants to use that office as a vehicle for ruling the whole world. Many of Hillary's critics just haven't been thinking big enough. She views the United States as the world hegemon with her as its undisputed and unquestioned leader. That thought ought to make your hair stand on end. Especially in light of her utterly irresponsible comments about Russia and Putin.

See, if she's going to use the United States to accomplish her megalomaniacal goals, potential roadblocks such as Russia and China must be weakened or subjugated. And they know it.  And they are not going to just sit there waiting for Hillary to act.