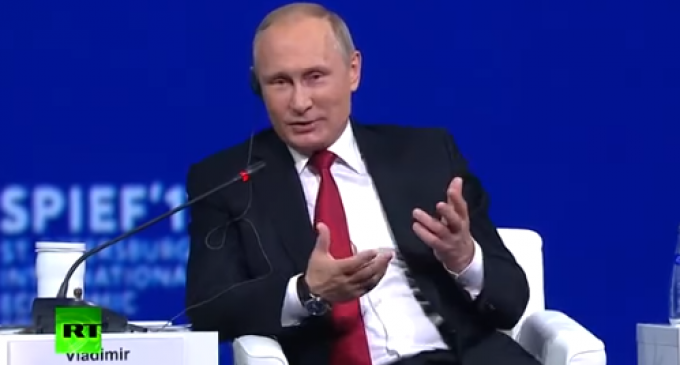 In remarks at a Russian economic forum and in an interview with NBC’s Megyn Kelly, Russian President Vladimir Putin scoffed at charges his government meddled in the U.S. 2016 presidential election, citing “hysteria” from U.S. partisans as fueling the charges.

In a joking aside last week, he also implied that perhaps Russian “patriots” took it upon themselves to do the hacking, if in fact it occurred.

During a panel last Friday at the St. Petersburg Economic Forum, Putin said investigations into whether the Kremlin meddled in the US election are nothing more than “hysteria.”

Find out the shocking comparison he made regarding the allegations and his scornful tone toward Kelly on the next page.