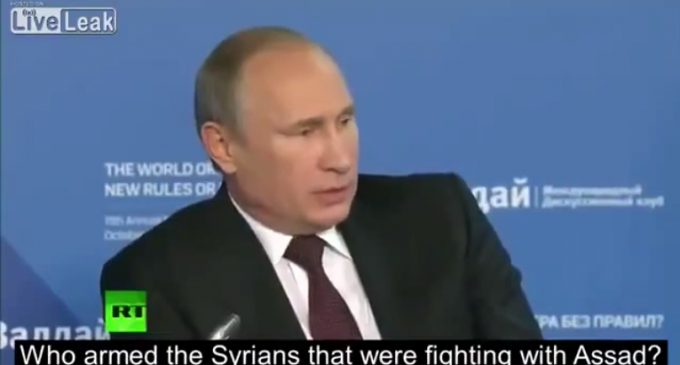 In a press conference, with American journalists in attendance, Vladimir Putin answered questions and posed alternate questions at the journalists.  Putin opened up assertively on his take on the Middle East, which has become a huge thorn in Obama’s side.

Putin challenged Obama and laid the blame for the rise of ISIS right on Obama’s lap.  Putin, while addressing the UN stated he would use force to keep his ally Assad in power, using the argument that the whole Middle East has become destabilized by the “Arab Spring” and accused Obama of paying mercenaries and arming them just to see those mercenaries switch sides joining ISIS.