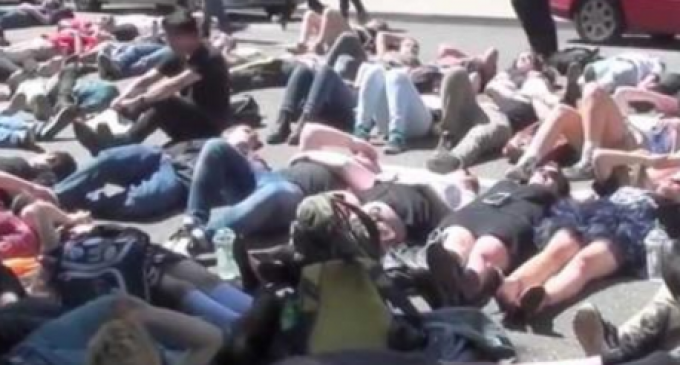 A group of college students in Portland, Oregon have staged a “die in” in order to protest the arming of police on campus.

This act is so desperately stupid it would be laughable if it weren't so sad. It seems college kids have become so disconnected from reality due to their safe spaces and P.C. curriculum, that they can't even access the parts of their brain that used to be reserved from common sense.

Even worse is the ironically idiotic way in which these particular kids decided to protest, by pretending to lie dead in the streets of their campus. If anything, all they are doing is representing a worse case scenario in which an active shooter gets loose on campus while the campus police don't have the guns to stop them.

Apparently, irony is not a major subject taught at Portland State University.

See them try to explain away their idiocy on the next page: