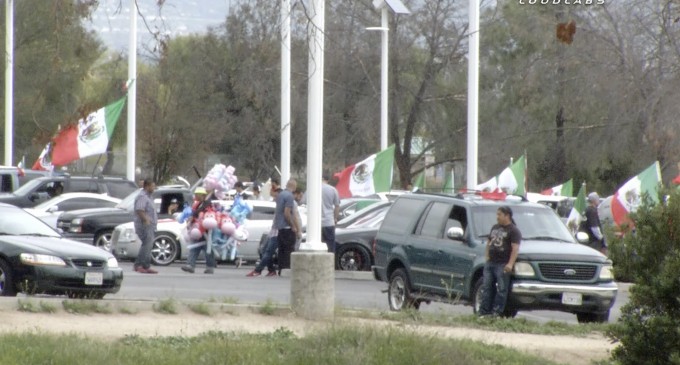 The United States is made up of so many different groups of immigrants. People have fled to the shores of the United States far before it was even called the United States. Many times throughout our history we have had struggles between classes and political factions and one thing remained consistent… we were fighting in America, for America.

Today, there has been a disturbing trend of Middle Eastern, radical jihadist, communist and Mexican flags being hoisted at rallies and political protests. In some twisted form of solidarity, the people who fled oppressive regimes are still emotionally attached to their place of origin.

All attempts to assimilate such people are met with scorn and accusations of bigotry.

Yet what do you call it when your supposed fellow countrymen hoist another nations flag?

We should call it BS.

There is no reason to feel ashamed of one's nationality and original homeland but their is a time to leave it behind.

When you come to America, you should leave behind the place that failed you.

Of late, the anti-Trump AstroTurf crowd has been waving Mexican flags about to demonstrate their obvious love of Mexico over the United States so perhaps the time has come to see what this ma mean.

Please see the next page for Mexican flag madness at anti-Trump protests.