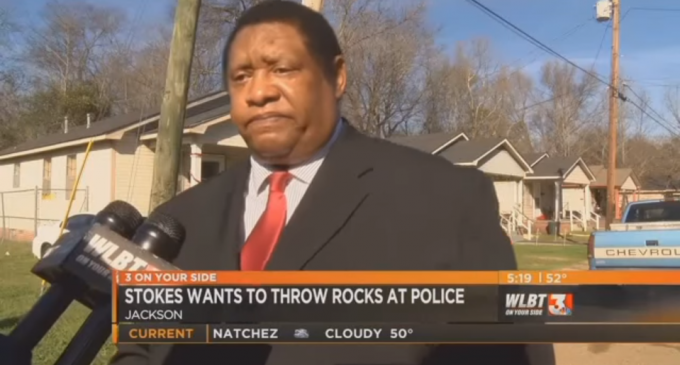 An investigation is being launched into comments made by Jackson Councilman Kenneth Stokes, who suggested that people get together and throw rocks, bricks and bottles at police officers who come into Jackson looking for criminals.

Mississippi Governor, Phil Bryant condemned the recent remarks on Saturday and called for an investigation to determine whether Stokes’s comments represent criminal threats against law enforcement officers. He took to social media on Saturday to let people know that the councilman’s comments won’t go without consequences.

While it’s great that Bryant is addressing these comments, what he really should be investigating is how a man like Kenneth Stokes was elected, and the state of the community that elected him. The councilman’s comments go beyond a mere disliking of police officers and well into the realm of promoting anarchy and igniting a race war.

Read what else Governor Bryant said on the next page.