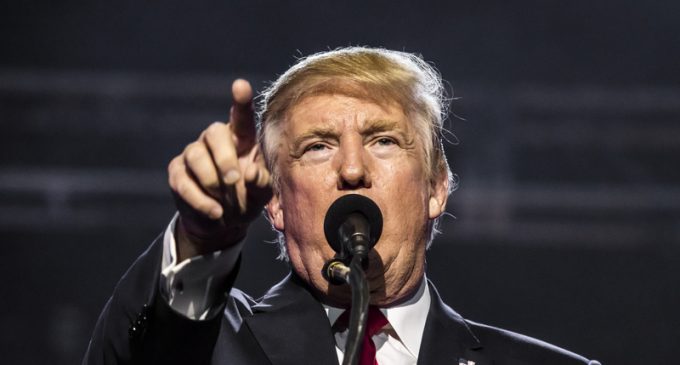 Actor Richard Dreyfuss, in an interview on the Tucker Carlson show on Fox News Channel days ago (available on the next page), stated that he believes there is a severe lack of civics lessons in today's schools and he's absolutely correct.

One thing you can certainly take to the bank and that is, the American public school system is probably the worst place that a child in today's society can learn the truth about the inner workings of our government.

In fact, it could be argued that the absolute worst place to learn American history in general is our public school system.

A report out last month stated that American history courses WEREN'T EVEN OFFERED BY SOME PROMINENT AMERICAN COLLEGES!

That said, here's a fact (or facsimile thereof).  The Republican Party is the only political party in Washington that can shut down the United States Government.

Well, of course that's not true.  But…ask any student in any classroom around the country and most will certainly agree.  In fact, you would be hard-pressed to find even a single student in our universities who didn't believe that this was actually U.S. federal law.

For every report from every mainstream media source, you might believe that Republicans were the only party with the power to pull the plug on Washington.  Each time a government shutdown occurs (even when one is merely mentioned in a whispered conversation) the drumbeat begins, “BREAKING: WASHINGTON SHUTDOWN LOOMING, REPUBLICANS SCRAMBLING FOR NEARBY CIRCUIT BREAKERS!”

We all know that one of the best gifts the American taxpayer can receive at any time of the year is a time when Washington lawmakers are nowhere near a legislative chamber or a crayon with which can be scrawled even a rudimentary letter of law or intent.

The American taxpayer has been so over-burdened with regulations, taxes, rules, and fines, not to mention the untold amount of dollars spent on excessive perks for congress members, government workers, and office equipment and leases.

A government shutdown isn't exactly a bad idea.  And apparently, the President of the United States agrees with that assessment.  In a recent Tweet, he voiced his exact opinion on the subject.

Read on to see his remarks.