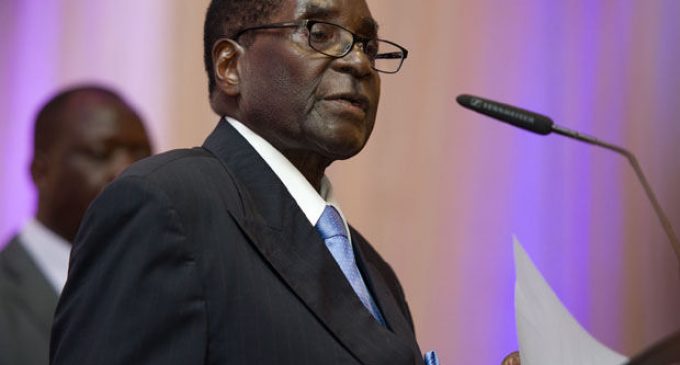 Racism is not limited to the actions of one dominant race over another. If only liberals had big enough brains to read global newspapers and stories. Maybe then they’d realize everything isn’t quite as simplistic as they make it out to be.

Here in America, 150 years ago,  laws were biased in favor of white people. But, we have since moved on, learned, and progressed as a society. The same can’t be said for Zimbabwe where blacks are the ones in power, and white people the ones being murdered and their land taken away with the full support of the government.

This is very similar to what we're seeing here today with Antifa, BLM, and the mainstream news outlets who refuse to report these groups are training in guerrilla warfare, and offering workshops on how to “kill police” and “seize white land from racists”. That is why it's more important than ever to stay informed on what's going on around the world and look for global patterns.

We’ve all likely heard about how white farmers in Zimbabwe have been forced off their land, and many murdered at the hands of racist blacks.

But, this week marked yet an even more tragic development in this race war wrecking havoc to progress and human dignity around the world. Turn the page to read CURRENT Zimbabwe President Robert Mugabe’s chilling response to the blacks who killed white farmers. Keep in mind this wasn’t 150 or 200 years ago. This was last week.