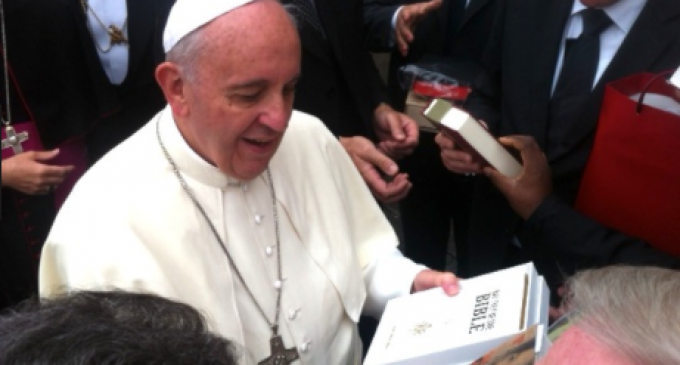 If God is real, then his Word is never-changing. But try telling that to a self-admitted admirer of socialism and “man of God”, Jorge Bergoglio, more commonly known as the Holy Father, Pope Francis.

In a rare change of pace, Bergoglio discussed the Book of the Gospels in St. Peter’s Basilica at the Vatican and advised members of the Italian Theological Association that church workers and theologians must consult with the Vatican II as they prepare to “proclaim the Gospel in a new way”.  According to Bergoglio the Catholic Church is suffering from a lack of creativity in the interpretation of the scriptures. Which struck me as rather odd considering the leaked Podesta emails showed the Democratic Party was in talks with the Church officials to merge “progressive” policies into official doctrines.  But that was two years ago.

Bergoglio surely has more important things to focus on. Such as how to encourage the flock to follow his spiritual leadership.