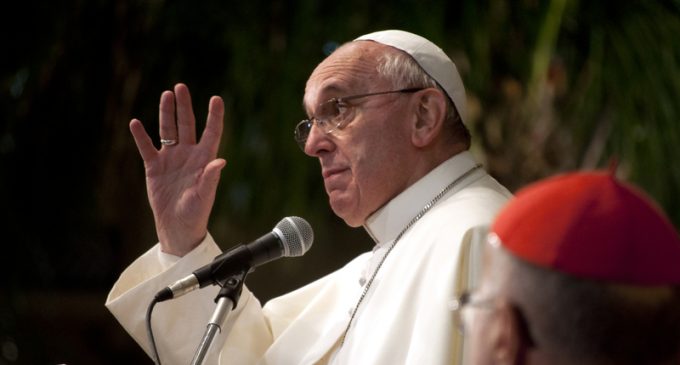 Popes used to be symbols of God’s love of the people, and a shining beacon of encouragement pointing the people towards a closer walk with their Lord and Savior.

Pope Francis, or Jorge Bergoglio as his critics likely refer to him, is taking a different approach to reforming the Church. Instead of leading by example, he has resorted to name calling those in the flock who reject liberal ideologies. Folks from the older generations find it right near impossible to imagine Pope Benedict XVI condemning those that read the scriptures in the most vulgar and degrading of terms. But, this is the future and it appears the Church is changing almost as much as family values over the last half-century. Perhaps, this is just the inevitable trajectory of the church under so-called progressive “woke” leadership.

Pope Francis made his petty and childish remarks in a statement designed to celebrate the COP23 UN Climate Change summit in Bonn Germany.

Head on over to the next page to read his full statements: