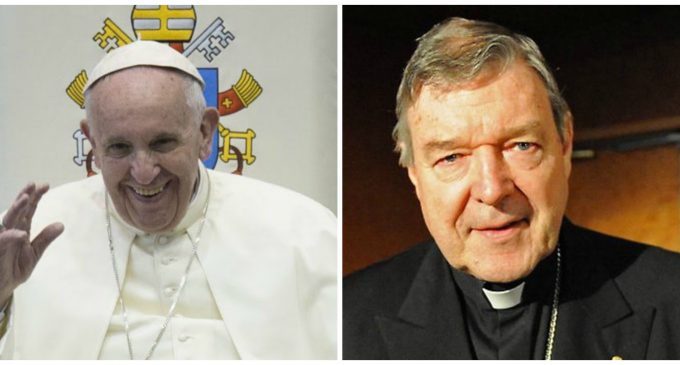 Pope Francis claims that killing trees is like killing children but has no qualms about covering up his top aide's sex abuse scandals.

You’d be forgiven for thinking that a true man of God would have kicked out cardinals and priests immediately after finding out they’d been rapping children. But, not Pope Francis. He is no man of God. He is a wolf in sheep’s clothing.

No wonder liberal Western nations are letting migrants get away with rape under the guise of them having a forgivable “sexual emergency”. The papacy is a part of the globalist elite’s forces to create a one world order and religion.

Jesus can to earth to bring eternal life, healing and joy to children and people of all nations and ethics NOT to prepare the way for a power-hungry secret government masking their nefarious motives behind the cloak of spirituality. The Vatican under Pope Francis is no longer a symbol of God and the true Church. It is a symbol of evil. How long would you guess Pope Francis hid one of his top aide's sexual assaults before the authorities caught up with the Vatican? But, what is truly sickening and depraved is Pope Francis’s reaction to finding out his top aide was facing criminal sexual assault charges. Please let no one suffer the children to go in the vicinity of Pope Francis. Learn more about his horrific callous response to the pain of the victims and his high praise of Cardinal George Pell on the next page