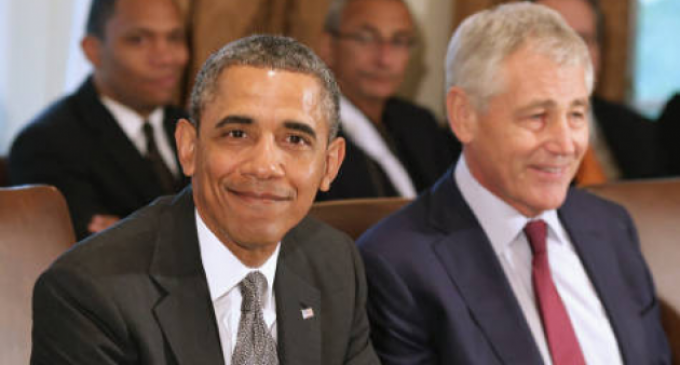 Obama is considering some big executive actions on immigration and Politico reports that lawyers looking at the actions state that suing him isn’t likely to work.

“There isn’t really anyone who would be in a position to complain,” stated Hiroshi Motomura, a USC law professor who favors some of the options Obama is considering.

Obama has broken so many laws – more than most criminals you’d find in a jail – and nobody has done anything of substance about it. See this list of 76 illegal acts put out by Ted Cruz.

So if he can’t be sued and impeachment isn’t highly unlikely to succeed with Democrats controlling the Senate, and nobody is really doing anything about all the lawlessness anyway…..is Obama, in fact, ‘unstoppable’?

The lack of a clear path to challenge the president’s expected moves to give more illegal immigrants work permits and relief from deportation seems certain to fuel howls from Obama critics that he’s as much an imperial president as his predecessor — who was often criticized by Obama and other Democrats for overflexing his presidential muscle.

Responding to inaction in the House on immigration reform, Obama has signaled to immigrants’ rights advocates that he plans to take significant new executive actions next month to overhaul the immigration system. They could range from reordering the priority list of deportation cases to dramatically expanding the “deferred action” program he initiated in 2012, which allows immigrants who entered the U.S. illegally as children to apply for a two-year deportation reprieve.

That could mean allowing millions of family members of so-called DREAM-ers to get work permits, or perhaps allowing giving work permits to even broader groups, such as undocumented immigrant parents of U.S. citizens or virtually everyone who’s not considered a high priority to deport.

“This notion of extending DACA [Deferred Action for Childhood Arrivals] to parents, who were the ones who consciously violated the law, strikes me as ridiculous,” said Ting, now a law professor at Temple University. Obama “has defaulted on his constitutional obligation to faithfully execute the laws.”

However, other experts say most lawyers in the field believe Obama has few restrictions on his ability to decide how and when the U.S. deports immigrants.

“There is, I think, a general consensus that his authority to take executive action is fairly wide as long as it is based on executive branch authority to use prosecutorial discretion to decide how people are treated who are subject to deportation,” said Doris Meissner, Immigration and Naturalization Service Commissioner under President Bill Clinton.

“He’s got a continuum of options from a fairly narrow reworking of deportation priorities all the way to a new program of some kind that would allow more numbers of people to apply for work permits of some kind,” she added.

What Obama has done so far on immigration and what he’s likely to do in the future can be justified on the theory of prosecutorial discretion, the long-standing executive branch power to decide in which cases the law should be enforced, Motomura said.

“We have a system that runs on discretion. There are 11 million people in the country who in theory are not supposed to be here. Congress has funded the capability to deport maybe half a million people a year,” the professor said.

Motomura, author of “Immigration: Outside the Law,” said he sees no legal bar to expanding the deferred action program. “He could expand it to people who are closely related to those people who have been standing in line to be approved,” the professor said.

But Motomura said that doesn’t mean Obama has a completely open path — nor are there indications the president will attempt to break those boundaries. 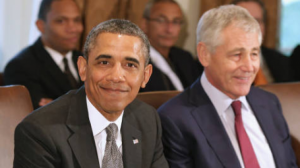