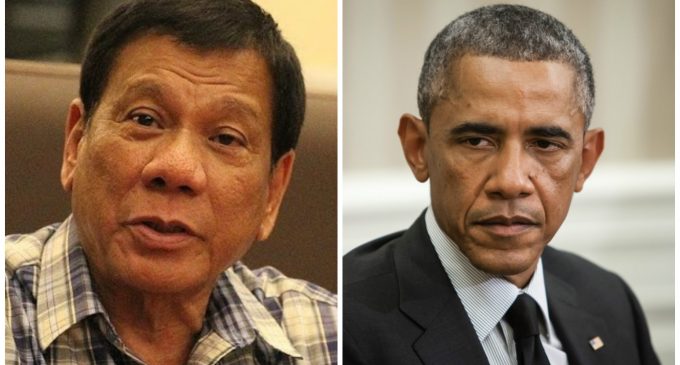 When people look at the way modern Americans are portrayed by the media, they see people who feel like they deserve more than they do. They see a system of excuses led by the “victimized” and the “offended”. Years ago, this wasn't the case. If you were to wonder where this new American idealism came from, one only needs to look at the way our fearless leader, President Obama handled the crass remarks thrown at him by the Philippines President Rodrigo Duterte.

In a statement to the media, the “controversial” leader warned Obama not to raise human-rights issues with him and called him a “son of a whore.” Instead of facing the man, Obama tucked tail and ran, canceling his meeting. While, yes, there was certainly better ways to approach the situation, Duterte's explanation for his comments certainly explain why he said them.

Duterte  is the leader of a sovereign country and is answerable only to the Filipino people. His comments came after a reporter asked him how he plans to explain the extrajudicial killings to Obama. His answer was simple. He didn't. He's the leader of his the Philippines. Not President Obama, who feels the need to stick his nose into everything.

Read Duterte's exact words on the next page.