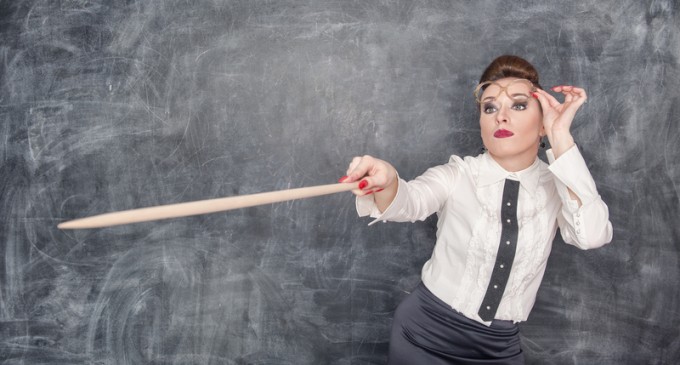 Students at Pennsylvania State University now have a wambulance on speed dial. The public university is in the midst of a massive campaign that not only encourages students to watch what they say, but it also encourages students to tell on anybody who hurts their feelings. That's right. No slight is too inconsequential and no biased statement is too unimportant. If something offends a student, administrators want them to report it.

If you need a visual of what this might look like, imagine that scene from Bruce Almighty, when his living room is filled with so many prayer requests, he can't move. Now imagine if those prayer requests were things that offend students and instead of a living room you have a school office. Who has time to read all of that?

As part of the campaign, the university is using posters and magnets to advertise their report bias system. More than 1,000 images of a stop sign shape filled with different forms of “hate or inequality” have been made and distributed throughout Penn State.

Read what the director of strategic communications says about it on the next page.