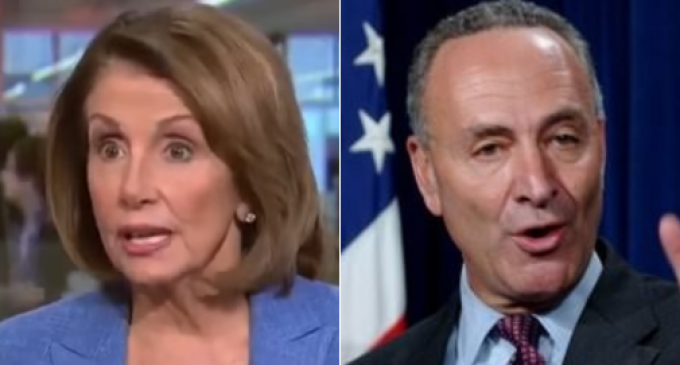 As expected, Democrats are not too happy that President Trump has just accomplished what no other president couldn’t for the last seventy years. Pelosi, Schumer and the rest of the Democrats are undoubtedly in absolute agony right about now. President Trump has, in such a short period of time, not only turned our economy completely around for all Americans, including their own base, but has now made the world a much, much safer place.  You really have to feel sorry for the Dems…or maybe not.

“This communique lists denuclearization as a far-off goal, but includes no deal to a pathway to achieve it,” Schumer argued on the Senate floor regarding the agreement. “No details about how the United States might verify that North Korea has disarmed when they repeatedly lied in the past. The entire document is short on details.”

Schumer contends that President Trump has given “a brutal and repressive dictatorship the international legitimacy it has long craved.”

“We want to see these efforts succeed and ensure that what has just transpired was not a reality show summit,” Schumer claimed. “What the United States has gained is vague and unifiable at best. What North Korea has gained, however, tangible and lasting.”

Pelosi, not to be topped, came up with a few zingers of her own. She never disappoints. Turn the page for her response: