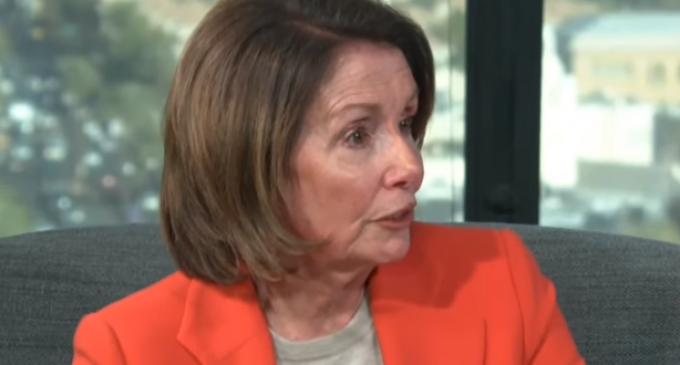 House Minority Leader Nancy Pelosi appears to have lost what little grip on reality that she had. From claiming on national television that the “Constitution doesn't give you the right to say WOLF in a crowded theatre” to calling Trump ‘President Bush' for at least five times, it's obvious that the lady has seen better days.

Pelosi once compared the illegal immigrant surge seen under the Obama administration to Moses and the Pharaohs.

Even more bizarre is the solution she offered Tuesday to solving the U.S./Mexico border issue currently being debated. Apparently, Ms. Pelosi is more senile than we’ve ever even previously suspected, which is saying a lot.

Head on over to the next page to learn what House Minority Leader Nancy Pelosi is proposing to offer President Trump as a solution to the border wall.