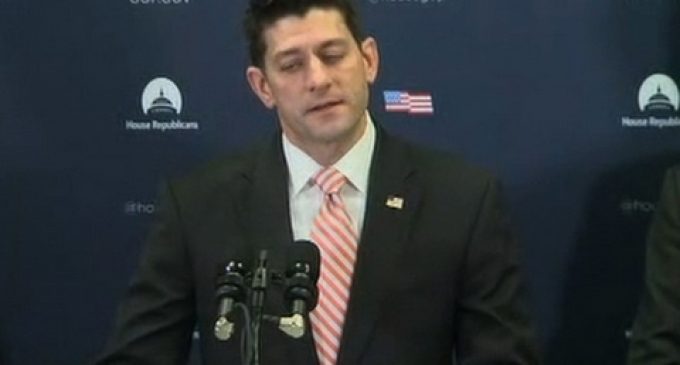 Speaker of the House Paul Ryan recently became more of an ally for Donald Trump. After keeping his distance for months on the campaign trail, Ryan is now defending the president’s agenda with surprising force, at least for Ryan.

It was less than a year ago that Ryan refused to endorse his party’s nominee for president ahead of the Republican National Convention. Just one month to election day, it was reported that Ryan would no longer defend Trump — thanks in large part to the Access Hollywood tapes that were revealed in mid-October.

But times have changed drastically. Ryan is no longer the most powerful Republican in government. That title is now Trump’s, and Ryan seems to have come to terms with the president’s agenda.

Watch on the next page as Ryan shuts down a CBS reporter who began to attack Trump’s immigration policies: