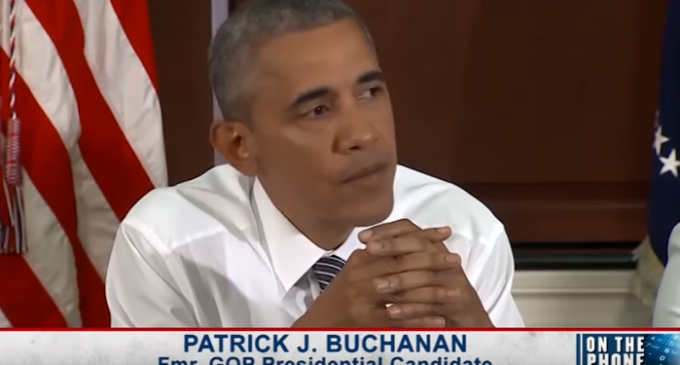 Pat Buchanan lost two presidential campaigns with two parties during his political career. In 1996, he unsuccessfully sought the Republican nomination for president. Four years later, he made it onto the general election ballot as a Reform Party candidate. He came in fourth place behind George W. Bush, Al Gore, and Ralph Nader.

So Buchanan is intimately familiar with the art of the loss — something that Barack Obama seems to be struggling with now that his party got clobbered in the latest election.

This week, in an interview on Newsmax, Buchanan called out Obama’s “bitter” attitude during the presidential transition and took down a couple other high-ranking Democrats in the process.

Watch Buchanan ridicule Obama, Schumer, and Reid on the next page: