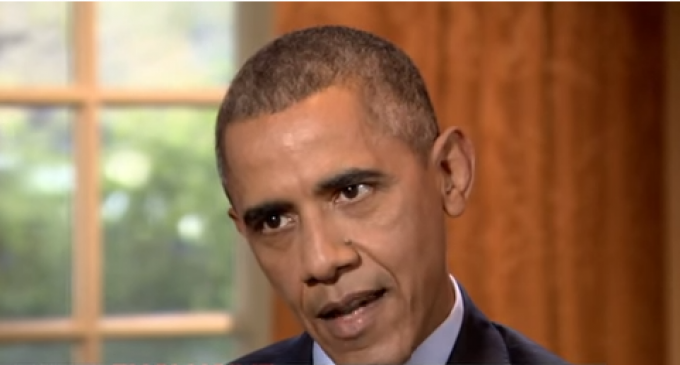 Obama went on the record yesterday, November 12, with George Stephanopoulos, regarding the Middle East and specifically ISIS.  Obama, and his foreign policy “lead from behind” is an utter disaster, unless you’re a jihadist, of course.

From the ABC appearance:

I don’t think they’re gaining strength,” Obama responded. “What is true is that from the start, our goal has been first to contain and we have contained them. They have not gained ground in Iraq, and in Syria they’ll come in, they’ll leave, but you don’t see this systemic march by ISIL across the terrain.”

“What we have not yet been able to do is to completely decapitate their command and control structures,” he admitted. “We’ve made some progress in trying to reduce the flow of foreign fighters and part our goal has to be to recruit more effective Sunni partners in Iraq to really go on offense rather than simply engage in defense.”

See the actual interview on the next page: