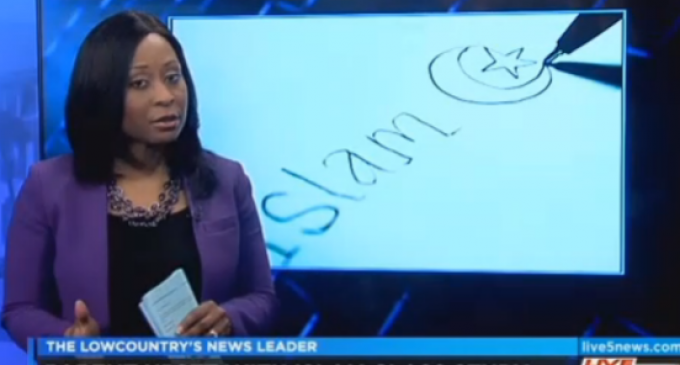 Before Donald Trump became president, back when the separation of church and state was strongly enforced by the political left, there was a strong disdain for Western religion interfering in politics. Then Islam started to take a more prominent role in the West and suddenly people got very choosey about how much of that separation they wanted to follow and what they wanted to apply it. This is a typical thing for democrats, make the rules, but when they no longer suit you bend them to your will. And when that doesn't work out, create something like Johnson Amendment, which puts a stop only to those groups who are putting a stop to your agenda.

While things have changed now that Trump is in office, sneaky practices haven't. Public schools have banned God and welcomed Allah into the fold. While you can no longer pray or say “under God” in the flag salute, a teacher in South Carolina, feels it's alright to make her students fill out worksheets on Islam. Remember when that happened in Tennessee? They created a bill that banned the practice. But that's not stopping this teacher.