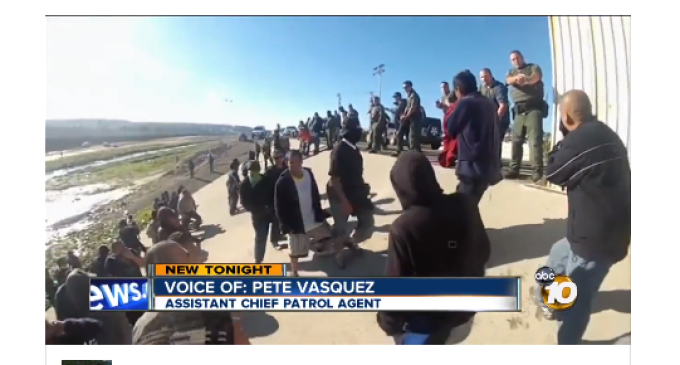 ABC News reported an attack on border patrol at led by an unknown person that appeared well-organized, even documenting the event in detail, leading some to believe that it was a dry run for a ‘future ambush.'

This story doesn't make sense. There's not even a border fence up where this event took place, so why would a ‘well organized group of people led by an unknown person' conduct an attack upon border patrol when they can easily cross?

This ‘news' seems like a distraction from the real story of how our government has brought in 290,000 illegals so far this year, loaded with are Mexican drug cartel members, Mexican gang members and Muslim terrorists, all according to government sources.