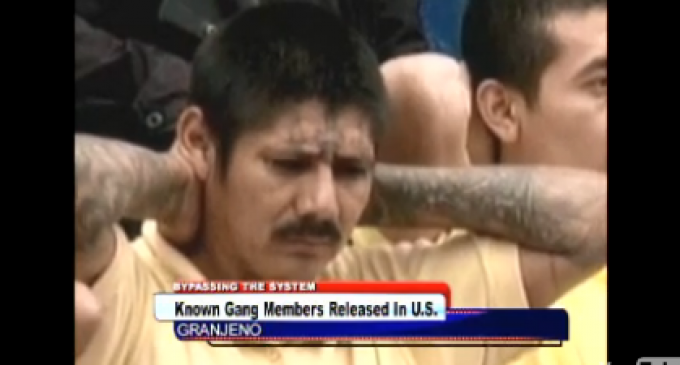 Border patrol is setting gang members from Mexico and Central America free on American streets, even though they are easily identifiable as they are generally covered head-to-toe in tattoos and most of the time even have the name of their gang, MS-13 tattooed on their body as well.

“If they have no criminal history in the United States we will unite them with their family,” states National Border Patrol council spokesman Chris Cabrera.

This is no ordinary band of thugs, but are one of the most notorious gangs in the world for their use of violence. There are around 10,000 members in the US currently with factions in many communities. Their numbers are about to multiply greatly with Obama's ‘catch and release' policy.

More on this gang: