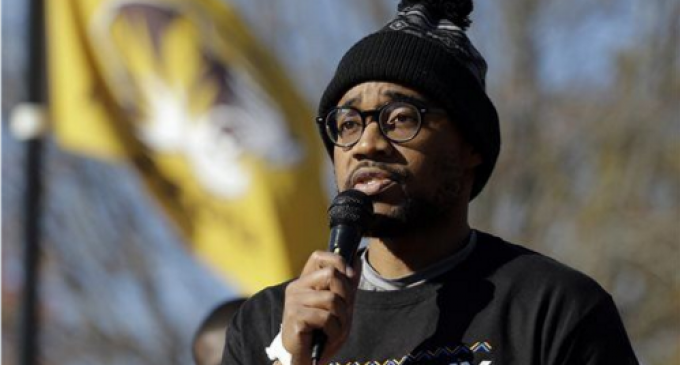 The black student population of the University of Missouri is about 8%, but the student body president and the entire student council are African-American. There was a claim of a swastika drawn with feces somewhere on campus, but no one can say precisely where it was. And the apparent touch-point of the whole debacle was Jonathan Butler, who went on a hunger strike last week which led to the ouster of university president Tim Wolfe, who stepped down amid criticism that he did not do enough to quell the discriminatory atmosphere on campus.

The whole incident has people scratching their heads, wondering if Black Lives Matter and other race based demonstrations are nothing more than vaudeville performances to gain attention and secure fifteen minutes of fame without paying a penalty for the disruption and even destruction of people's lives and property. The rioting in Ferguson, Missouri earlier this year that destroyed many family businesses, and the career shattering effect it had on Officer Darren Wilson are just two examples of how cries of racism and injustice can impact society without having any clear substantiation of the claims.

In the case of the University of Missouri, Jonathan Butler complained about white privilege and black oppression, and so he went on a hunger strike until Wolfe resigned. It would be interesting to consider Butler's background to understand what might have led to his sweeping claims.