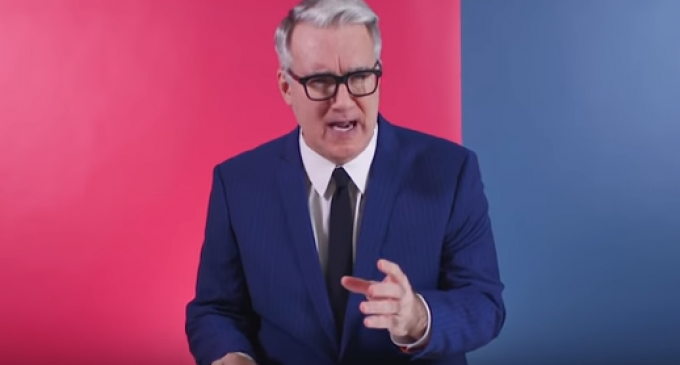 It was only a matter of time before the inevitable pink slip would come and Keith Olbermann, who has spent the better part of the last decade cheering on the criminally-prone, like Hillary and Bill, Barack Hussein Obama, and pretty much any Democrat or Establishment Swamp RINO who happens to despise Trump, has been feeling this coming on for a while now.

Olbermann got his start being a sports commentator for Fox News whose contract was allowed to expire because of the inadequacy of his audience-grabbing capabilities.  Without question (or qualifications) CNN snatched him up and greedily pushed him forward into a political commentary format, hoping to transform him into the next Bernard Shaw or Andrea Mitchell.  As it turned out, he was neither.  His audience foundered there as well and he eventually migrated like a lost Progressive illegal alien over to the MSNBC studios who took one look at the disheveled, bespectacled former sports guy and saw primetime gold.

Once again, as with both Fox and CNN, MSNBC had made a grave mistake in believing that the massively ignorant and arrogant Progressive elitist snob would be able to “connect” or “resonate” with everyday Americans.  As it turned out, he was one of the most reviled hosts at MSNBC and lost ratings faster than John Conyers lost female assistants.

After his time ended at MSNBC, he retired for a stint of self-pity in the basement of his mother's home and began to drink heavily…Barq's Root Beer.  Not long afterward, Olbermann was approached by a representative of GQ Magazine and the rest is, as they say, history.

Only, there's more.  Read on the next page about how Olbermann is ending his “Resistance” and beginning a new chapter in his career.  One that's titled, “Jobless in my Basement Crib!”