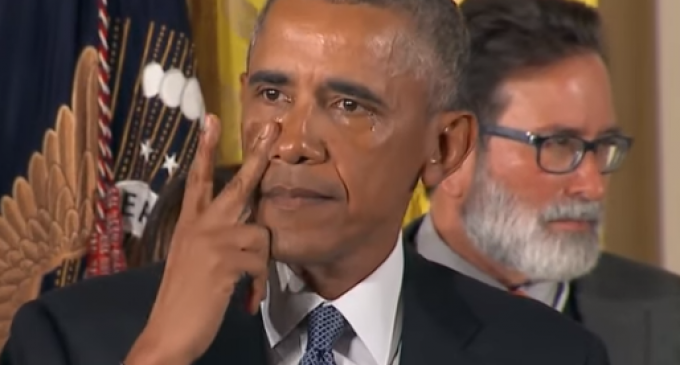 Barack Obama is the biggest liar of a chief executive as we have ever had in the White House, Richard Nixon and Bill Clinton not excepted. The American people heard him promise when he spoke about Obamacare that they would be able to keep their doctors and medical plans if they liked them, and that the average family would save $2,500 annually on the cost of their health care insurance.

He had no problem looking the public in the eye and repeating those lies multiple times, even though subsequent video recordings of architects of the plan show that Obama was well aware that his plan would raise costs and eliminate plans. Obama was not mistaken, he simply said whatever he had to in order to con the people and get his way.

That is now the case with his latest effort at gun confiscation. Yes, he insists that he is a former law professor of the Constitution, and that he respects the 2nd Amendment and the right of the people to bear arms, but he is simply lying once again. He has been stymied by the Republican Party from pushing through gun confiscating legislation, so now he will use tyrannic, bullying tactics to get his way, even though the American people have shown that they are not interested in his scheme to take away their best means of self-defense.

And once again he is lying in order to mislead and misinform the people.