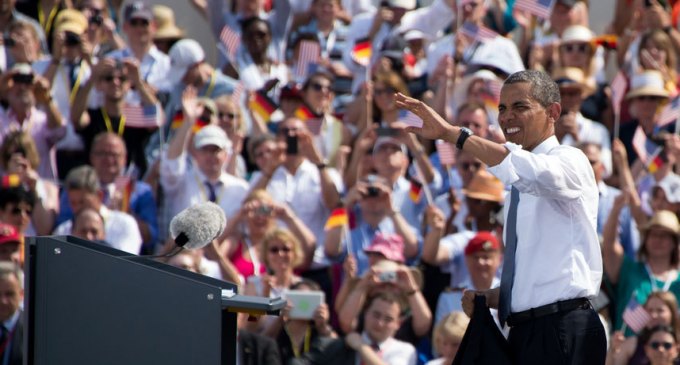 For a man who, according to the Democratic Party, has “no chance” of becoming president, liberal politicians sure are using up a lot of time and energy campaigning against Donald Trump.

The president himself is even in on the action, and intends on stepping up his efforts in a big way.

While support for Trump is on the rise in America despite Democrats' best efforts, Obama will soon be campaigning against Donald Trump outside of The Unites States. It seems, if they can't stop his assent at home, they'll at least try to keep his support from reaching outside our borders.

Given their horrible track record  of stopping Trump so far in the United States, international audiences may be their only chance left to take down their biggest GOP threat. Of course, the popularity of Donald overseas doesn't matter, but it at least would give the Democrats campaign footage to use against Donald in a primary. Remember, similar tactics were used to prove Obama's celebrity in Berlin in 2008.

Given how Trump's primary victory is becoming more likely with every passing day, this may be the first in a long list of moves against trump in the general election.

Check out Obama plan to campaign against Trump in the next page: