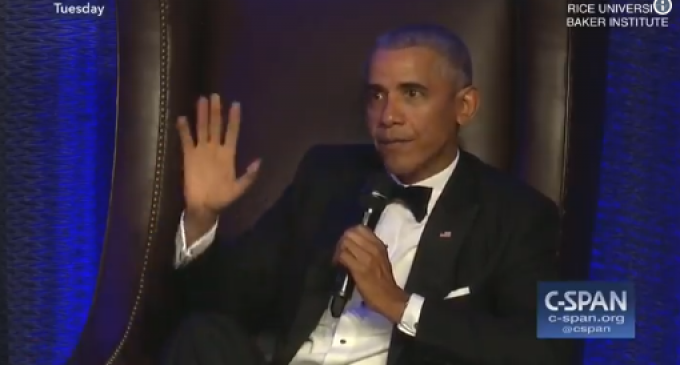 On Tuesday in Houston, Former President Barack Obama spoke at the Rice University’s Baker Institute, where he praised his administration’s work on the Paris climate agreement on one hand while simultaneously taking credit for the United States becoming the biggest producer of oil and gas on the other.

The Paris Climate Agreement is an agreement within the United Nations Framework Convention on Climate Change that is slated to start in 2020. The Agreement’s objective is to combat climate change, which includes lowering carbon emissions.

Obama then railed against claims that he was anti-business. Turn the page.