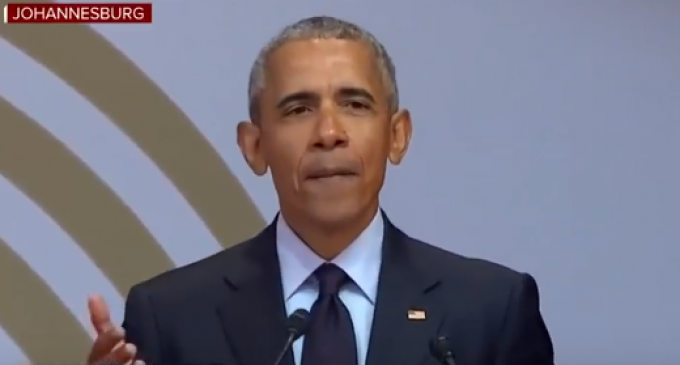 At a recent speech in South Africa, former President Barack Obama asserted that ballooning wealth inequality is a primary threat to society, saying that those who have more should give to those who are less fortunate.

“History shows that societies which tolerate vast differences in wealth feed resentments and reduce solidarity and actually grow more slowly. And when economic power is concentrated in the hands of the few, history also shows that political power is sure to follow and that dynamic eats away at democracy,” Obama said.

“Right now, I’m actually surprised by how much money I got,” Obama said in an apparent attempt to excuse his own wealth. Ooops! Now how did I make all that money? What a heck of an accident that was.

“I don't have half as much as most of these folks or a tenth or a hundredth,” Obama's deflection continued. Looking at his homes he has and the money he's generated over the past few years makes one question what his definition of the word wealthy is.

Turn the page for the rest of the story, including video: