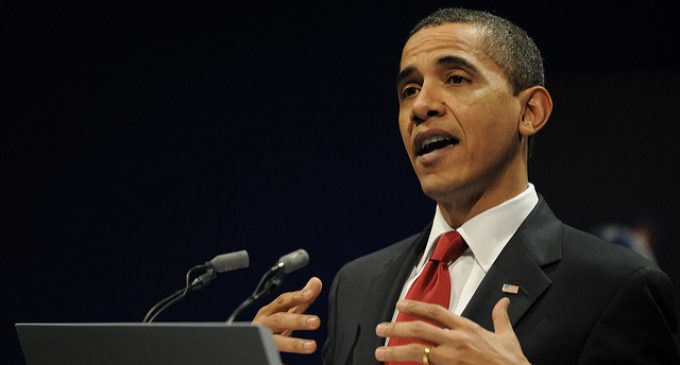 The smoke is beginning to become a furious fire.  Barack Hussein Obama is fit to be tied.  His legacy of leaving behind massive debt, a broken country racially, politically and economically, a world on the verge of war, the Muslim world in complete upside-down tumult, seemingly insurmountable unemployment, illegal aliens and criminal MS-13 gang members gushing over the border in record numbers, and one of the worst GDPs, stock markets, and gas price surges in the history of the country is now all being quietly repaired and restored to greatness.

That is one of the reasons for BHO's utter fury.  The mere fact that some “clown of a reality TV star” could waltz right into politics in the Swamp of Washington and flip off all the Establishment while calling “shenanigans” on their explanation of a failed government being the fault of the other party, and then have the audacity to prove all of them and the Anointed One himself wrong is absolutely unacceptable.

As when BHO decided to call on American mayors and governors the nation over to rise up and fight Donald Trump directly after his Inauguration, the petulant child of a severely confused Communist mother of slave-owning roots and a criminally-prone anti-colonial, anti-British Kenyan father who dumped him at a very young age in the hands of his White American grandparents has once again decided that the lack of media coverage of He, Himself, and Him is not going to cut it.

In the wake of our ACTUAL president having completed a tour of the Far East, as well as First Daughter, Ivanka Trump just returning from a trip to India and meeting leaders there for a conference on entrepreneurialism, Obama had Valerie Jarrett call and book first class tickets to India, China and Paris.  This trip will, of course, include secret service agents and extensive pre-appearance sweeps to provide safety and security for the ex-president at an enormous cost to American taxpayers.

What is so important to Obama to make these trips?  His ego.  Not to mention the fact that he has other unfinished business in Europe with news that both French and German leadership is in dire straits!

Read more on the next page about his arrogant temper tantrum and a curiously artistic way in which he's continuing to punish White middle-class Americans!