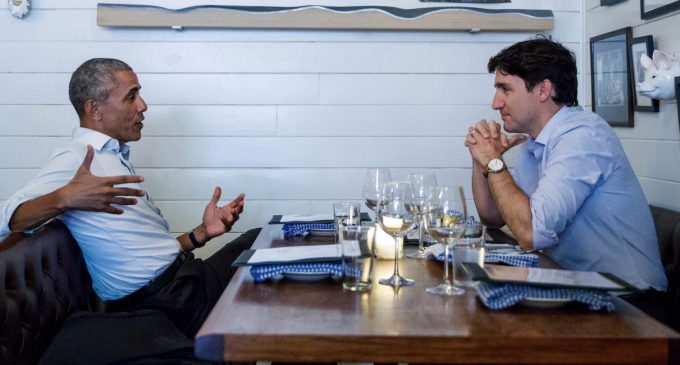 NOTE:  The following is a “leaked” document from the Department of Shadowy Endeavors (DSE)

Must convince foreign right-wingers that Tramp is an a**hole.

Check on next foreign jaunt for Tramp and get w/Valerie to book the flights.

Call Castro for some more of those “special” cigarettes.

*IMPORTANT* Tell Michelle that I will be calling the guy to put up that privacy wall around the new house.

Have Valerie call the guys & gals at networks for some sit-down instruction.  Talk about new endeavors.

SPECIAL NOTE:  Apologize to Mika Brzezinski.  I wasn't able to pick up that Hummel she wanted.

Send out Postcards to McCain, Comey, Rice and Clapper

The Department of Shadowy Endeavors is beginning to get very busy lately.  With all the traveling that the ACTUAL president is doing, Obama has been diligently shadowing him in order to foment the most opposition to a US President by a former US President that is possible without being charged with sedition.  In order to make this fine walk between wrong and more wrong, Citizen Obama must appear as if all this shadowing is mere “coincidence.”

Obama is unfortunate enough to suffer under a very strange and powerful addiction to himself.  He is continuously drawn to the mirror and really has a hard time focusing at the breakfast table without the aid of a teleprompter.  There is no cure for Narcissism of this magnitude.  If one was to gauge on a scale of 1 to infinity, Obama's ego would certainly break that scale.

The Narcissist is compelled to be in the limelight at all times.  If camera flashes are not going off, he feels extremely ill-at-ease.  In fact, the favorite sleeping aid in the Obama home is both a strobe light and the white noise of shutters clicking.  This is the equivalent of a triple dose of extra-strength Nyquil.

In the daytime, if Citizen Obama is traveling, he insists that his travel companions call him by his nickname:  Mr. President (he gave up Barry a while back).  Even his daughters refer to him as “President Daddy.”  As you can see, he has his ego well in check.

Recently, he had a very intimate dinner date with Justin Trudeau, Prime Minister of Canada.  The bromantic dinner was the stuff of Maya Banks' novels and it didn't take long for the conversation to turn to something more serious…read on